Why Hiring Senior Women Will Not Close The Gender Pay Gap

Gender pay gap reporting has come a long way since its inception as a voluntary measure buried in the Equality Act 2010. Today it is big news as employers with 250+ employees must publicly report their figure.

Gapsquare provide an amazing service to not only make this easy for employers to do but also make their data collection much more meaningful. This is why Equality Pays works closely with Gapsquare to ensure that employers are able to measure their pay gaps with accuracy and interpret the data easily.

I'm Michelle Gyimah, Director at Equality Pays a gender pay gap consultancy and I've been busy reviewing a number of gender pay gap reports. A large proportion of firms have stated that simply hiring more women at senior level is their plan to close their pay gap. With no more detail on why or how.

However this approach is not sustainable or effective for three reasons:

Firstly, it can lead to animosity and resentment from people that are already in the team, feeling that women are basically being 'parachuted in' to make an organization look better and/or help the percentages to go down. In addition it's very difficult for 'token somebody' to come into that environment and to thrive when there's this low level resentment, animosity and lack of understanding from other people as to the benefits of them being there.

Secondly, that person will feel uneasy  knowing that a big driver of why they're there is because they're female and they're there essentially to 'bump numbers' and to make them look good, to be wheeled out as the token woman in the senior leadership team. A bit like saying 'we're not that bad, we let one woman in.'

It's a demoralizing and uncomfortable place to be in knowing that you're not there because of your talent, but you're there because of a characteristic essentially that you have. This can be applied to women but also for people with disabilities and for women of colour.

Thirdly, by simply hiring more senior women, firms effectively ignore all of the other women that are in the whole talent pipeline. Focus should be on promotion at all levels not just the top. In order for someone to get to the top they have to have to start somewhere and all of us start from the bottom and work our way up.

Women tend to get stuck in the middle but that is where you have a cohort of talented women who may need support in a different way to help them move up and that's what you should be focusing on. Growing the number women already in your organization in a sustainable way and enabling them and supporting them to be able to move up.

It may take you longer but it would be much more sustainable. A well known large recruitment firm that have a policy of not hiring senior leadership externally. Instead they have a program where they nurture their existing staff to be able to take on senior roles. They nurture the talent that they have and help them move up sustainably. This approach is much more sustainable and they now have more women in senior leadership roles.

This approach is much more organic as it means that invested time and money increases employee loyalty. Employees see that there's possibility for them to progress which makes this a much better and more sustainable way to reduce your gender pay gap figures rather than just parachuting a woman in and then wheeling her out as your token woman that has helped you secure your figures.

If you require help in lowering your gender pay gap and are looking for ways to communicate your action plan effectively then I would strongly urge you to come to my Gender Pay Gap Strategy day on 29th January in Manchester.

Myself and Natasha Stromberg will break down what your gender pay gap data says about your firm and help you create an effective communications plan.

The investment is £500 per person/£750 for two people. Places are limited to 12 spots so get in touch with myself at mgyimah@equalitypays.co.uk to secure yours today. 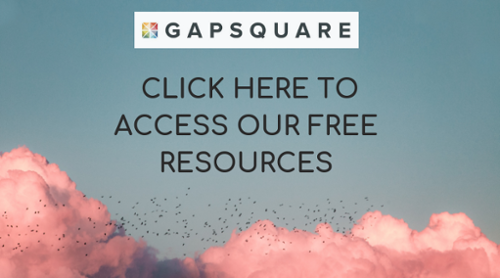